When I step back from this current election and crazy world events, it strikes me that there are a lot of angry, fearful people. In a recent quiet moment I had an epiphany- I believe all has to do with work and the most basic of human needs.

The first two rungs of Maslow’s needs ladder are survival and security.  Very simply in order to survive, humans have to do work. If you can’t work what use are you? Why do we even want you in this tribe? When I look around the globe I see few people with jobs shooting, rioting or blowing things up. With rare exception it’s usually the people without jobs doing these things. Without work we lose a part of our soul and can lose the capacity for caring. Useless people are dangerous people.

When I speak to my friends who don’t have jobs…or can only get menial work, their fears are very immediate. About getting enough money today to stop going backwards. To take some pressure off, at least for a short time. To keep the wolf away from the door. They are fearful, angry and see little hope on the horizon.

Knowing how employment numbers relate directly to political turmoil I think the current administration has been disingenuous with how it tallies unemployed. 5% unemployment? Does that seem like reality to you? How’s about more like 10%. When you kick in the eventual impact of advanced robotics and AI, that number may never get any lower. Ever.

To address the need for security humans attempt to keep the benefits of their labor. You survive longer that way. I think we are seeing an equally fearful and angry group of people who do work…but don’t think they get to keep enough of it. Russian serfs rioted because they worked…but kept no fruits of their labor. Middle class workers came out in droves to vote because they felt the administration wouldn’t let them keep a fair share of their fruits. It created a security crisis in them as well.

When we can’t do work or secure the benefits of labor then “the system” feels unfair. No matter where you live in the world. Makes no difference whether you’re a millionaire or working minimum wage or you are out of work. I have met few people who get an opportunity to work and keep the fruits of their labor that are discontented.

Too many young men and women across the world don’t have work to do. When they can’t fulfill that basic human need, all they have left to do is rebel against the system that puts them in that spot. If we want to end inner city shootings and global terrorism then we have to provide young people with work to do.

When it comes to those of us who are working, we want to make sure government isn’t designed to see how much of our hard earned money it can inefficiently spend. The bell has rung that we will take no more of that.

It’s all about work…and keeping the fruits of our labor.

Here’s hoping you get to meet your survival and security needs, Don 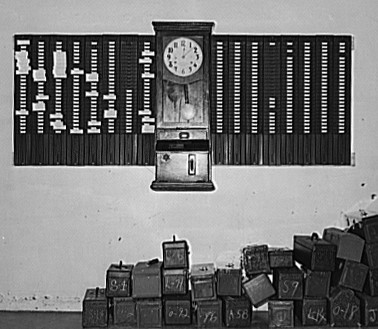