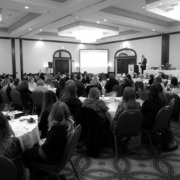 I am constantly trying to stay on top of my game as a public speaker. Since many of my speaking bookings were canceled due to the coronavirus, I have been using this time to catch up on some speaking books, further improve my offerings, and pivot to doing more online training. Here are seven tips I revisited going through these books. It will be a great reminder for the pro and an excellent starting point for the novice speaker.

What follows will help you whether you are doing internal presentations or speaking on the Big Stage.

Having been a professional speaker for over 20 years, I have great familiarity with the above, yet I revisit them regularly. That’s because my goal is to not just be an average speaker but a great one. Which technique or strategies can you use to up your speaking game? 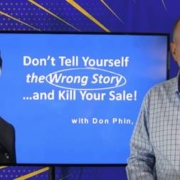 Over the last few years, I’ve been doing a great deal of coaching and notice the power of the stories my clients tell themselves. So I whipped up this presentation for a client’s sales team… and they loved it.

https://vimeo.com/442811040 If you are up for it, I would love your feedback too! Brutal honesty will be appreciated. How can I make it even better? 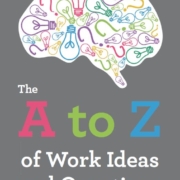 This is a great time to get your creative juices flowing. Here is a link to a quick and fun book, with more than 100 questions to spur your creativity!

Enjoy and let me know what ideas you come up with. 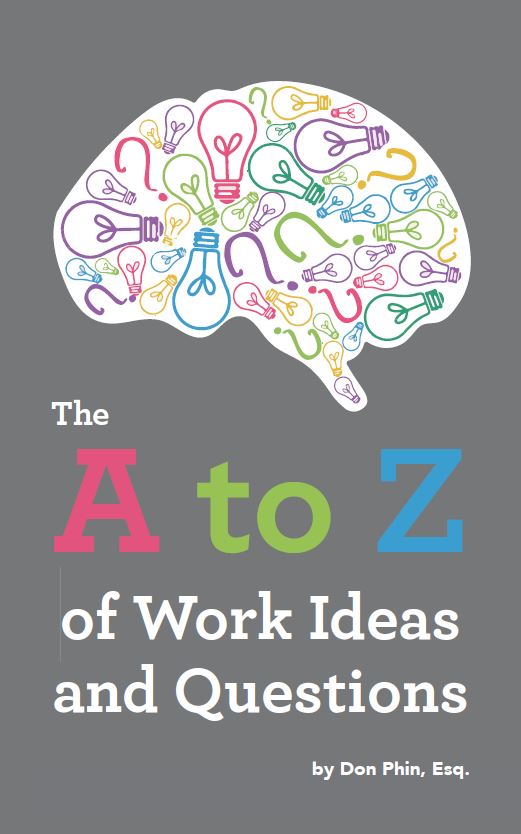 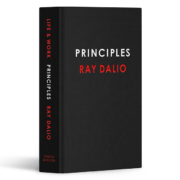 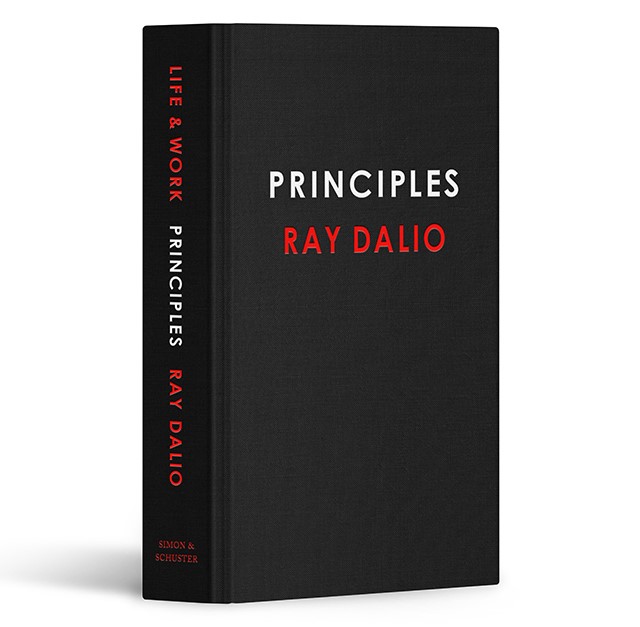 I just finished a three-month odyssey of reading Ray Dalio’s book, The Principles. It is a 592-page distillation of all that he’s learned in his very successful career. For those of you not familiar with the man, he built the Bridgewater hedge fund into a multibillion-dollar operation and is himself a billionaire. Time said he is one of the world’s 100 most influential people. He is known not just for his investing acumen but also his business leadership qualities.

His section on Work Principles goes from page 296 all the way to page 437. His outline summarizing the work principles was 23 pages. The point is- there is a lot there.

In this article, I will share some of what I learned from this reading and my observations that may apply to how you manage your career and workplace.

“For any group or organization to function well, its work principles must be aligned with its members’ life principles.”

Dalio begins with his four overriding principles about work.

One of Dalio’s overarching themes is that of Transparency. It applies to all aspects of a business. Transparency with members, clients, and customers, and transparency with employees. Dalio says never to let loyalty to people stand in the way of truth and the wellbeing of an organization. In my 40+ years of workplace experience, this is a profound statement. I believe we try to please people out of self-preservation. Who wants to piss off the tribal leader anyway? Doing so only puts ourselves at risk.

Managers and leaders must be told that any implication of threat, favoritism, or looking the other way, will not guarantee job security but rather the exit door. It is a matter of trust. People in fear of radical transparency should be removed from an organization. The challenge is… who dares go first? Who dares to say, something’s not right here? Who dares to speak up at the risk of being shunned, retaliated against, or blackballed? Answer: Only those who stand on their principles. And this is the point. The decision by each individual to stand up creates a collective culture that stands up.

I once heard it said that “Culture is defined by how we collectively deal with our shit.” In a Dalio-run company, problems get an open forum where robust dialogue can lead to smart answers.

Dalio talks about the importance of defining the meaning in your work. This comes at both a macro and an individual level. From a macro standpoint, leadership should share what they believe to be the meaning in their work. From a micro level, employees should be encouraged to define that for themselves. This doesn’t happen by accident. It only happens through process and agreement.

So, if I surveyed your employees or even asked you, is there clarity about what your mission is? Clarity about where you exist to serve? Because of my speaking and training experience, I’ve been in hundreds of different offices all around the country. Only a handful of them do a good job of visually defining their mission. In those companies, you must be blind not to know what it is, because it is branded throughout the entire environment. If I went to your company, what story would it tell?

I love it when Dalio talks about delegation. Anyone who is successful has been through the fear and learning curve associated with delegating. The emotional blockage is getting over the reality that people make mistakes. When you delegate to people, they are guaranteed to make mistakes! Just like you did on your way to being an expert at something. But do you want to be an expert anymore at $25/hour work? Or would you be willing to let somebody make a few mistakes so you don’t have to do it anymore?

With my employees, I had a one mistake rule. I expected them to make mistakes, just not the same one twice. We figure out what we have to do so it doesn’t happen again. As Dalio said, “I don’t mind if they scratch the car, just so long as they don’t wreck it.”

I love when Dalio says, “Know that nobody can see themselves objectively.” Amen to that brother! Perhaps the greatest benefit of coaching is that it helps expose a side of yourself you weren’t aware of. My coaches have done that with me, and I’ve gotten better over the years at doing that with my clients. Removing our “blind spots” is an important formula for success. We all have plenty of data and are smart people. It’s our emotional blockages that tend to be the biggest challenge.

I love Dalio’s conversation around meritocracy. It goes along with his idea of transparency. How do you know if you’re succeeding in an organization? Half of the people at any one position are better than the other half. How do you define that boundary? How would you define excellent performance? That can’t be done simply by intuition. If you’re in something like sales, then you can look right to the data. What if it’s not as easy to capture the benchmarks? Answer: Do what you can do, so you create relevant benchmarks.

Dalio encourages us to move away from opinions about what success looks like to as much data as possible. If we consider an opinion, there should be strong logic behind it. Dalio spends many pages talking about improving communications and getting past disagreements.

Next, Dalio spends a bunch of time talking about hiring responsible people. Having a great hiring process, looking for people who “sparkle”, valuing diversity, constant training, evaluation, and feedback, and be willing to fire or as he says, “Shoot the people you love” and never lower the bar.

Here’s one I like: “Don’t try to be liked, try to be understood.” This is a big problem for managers, especially if they have been promoted out of the ranks. In my experience, it’s also about managers understanding they are responsible to the people they manage, and unless there is some legal obligation, they are not responsible for the people they manage. This is an enormous psychological distinction.

One aspect I found interesting was Dalio’s belief you should create an organizational chart to look like a pyramid with straight lines down that don’t cross. This runs contrary to most of what I’ve been observing and reading. Today, we talk about neural networks, where all parts interact with each other. I don’t believe that Dalio discounts the network effect. What he is harping on is the importance of knowing where the buck stops in terms of responsibility. Stay in your lane until it is appropriate to move out of it.

Dalio says everyone has too much to do. Amen! It wasn’t until my 40s that I’ve realized that highly successful people never get everything done. This is one reason why prioritizing projects and your time is so important. Managing from a carefully crafted calendar as opposed to a to-do list. Making sure the team is in alignment and in agreement on all responsibilities and deliverables. And realize, it will never all get done. Just make sure it’s not urgent or important matters that fall through the cracks.

Finally, Dalio reminds us that no principles, rules, or process can ever substitute for a great relationship.

Question: what principles guide your work?

It’s easy to get lost trying to figure out what’s coming next. I listened to an interesting TED Podcast about risk and forecasting and then visited Phillip Telock’s Ten Commandments. I encourage you to do the same https://mgmt.wharton.upenn.edu/profile/1390/research

Here’s my summary of the commandments:

There is wisdom in each one of these suggestions that applies to everything from searching for opportunities to managing risk. It’s a great formula for tackling many problems.

Side note: If you’re interested in a free PDF copy of the book I wrote Stop Making Mitsakes, please email to don@donphin.com.