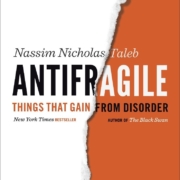 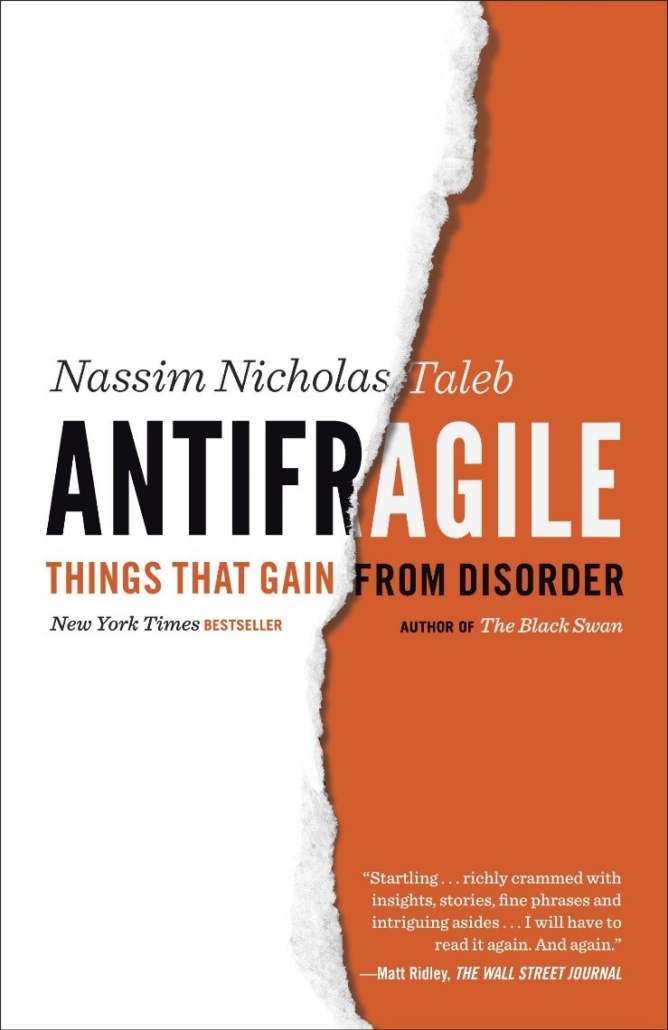 One of my favorite authors and thinkers is Nassim Nicholas Taleb. My first exposure was his 2007 book, Black Swan. According to Taleb, COVID-19 is an example of a white swan event, as it wasn’t in the realm of unrecognized exposures. I then read Fooled by Randomness (2001) and my favorite of the three,  Anti-Fragile (2012). Spurred on by recent events, I went digging into Taleb’s work again. His website is a wealth of wisdom https://www.fooledbyrandomness.com/

I will share with you some insight from Taleb that has helped me think through these times, and perhaps it can help you too.

A black swan event is something you couldn’t have seen coming. Such as 9/11, the internet, or a Spanish Armada coming to your New World. Black swan events are way outside a standard deviation. They are in the realm of science fiction. Taleb calls this the unknown knowns. Our most significant risk lies where we don’t know… what we don’t know.

Most risks and claims are within a standard deviation. They are the employment claim made, the breach of security, the manipulation of the books, which was a known type of risk. A process like underwriting is good at accounting for, and underwriting known risks. However, inherent underwriting limitations hinder the ability to insure black swan events.

One way to make ourselves anti-fragile is to use contracts. Something Taleb utilized during his option trading days to great effect. The challenge from both the point of the consumer and the underwriter is how do they contract around risks they are unaware of. What Taleb Also calls the silent risk.

So, we can and should insure and otherwise protect ourselves from these swans. Both the known and unknown. There’s the insuring of risks we know about, understanding they could be white swan events. Then there are contractual tools like personal umbrella policies, reinsurance, CDs, Treasury Bonds, and hedged investments (Taleb’s hedge fund went up over 1,000% during the first two months of the Coronavirus outbreak!), for the black swan events.  Along with the choices we make, like having six months of cash, living within our means, multiple sources of income, a Plan B, emergency supplies and protocols, etc.

We don’t want just to be resilient and withstand these swans. We want to grow stronger from them, the way nature does through evolution, and make ourselves anti-fragile in the process. Anti-fragility also comes from continuous growth, bolstered by creativity, and a healthy dose of skepticism.

Taleb believes systems that evolve with the times have the resilience needed to withstand black swan events. The US will survive Coronavirus, like it did 9/11.  And, as after 9/11, things will never be the same, because that’s what change does.  However, a person or organization that has not embraced change and evolved is more exposed to these events. It Taleb’s words, they have made themselves Fragile.

Taleb is continually attacking academia because they don’t have “skin in the game.” He loves attacking, provoking, and debating experts too. It feels to me like a sport for him. I love it when he says, “Don’t tell me your economic forecast, show me your investment portfolio.”

He believes we should not trust academia or experts (including the media in general) for several reasons, including the fact they stay in a very narrow lane, limiting their ability to “connect the dots.” They also don’t suffer significant consequences when their advice and belief system causes harm. Bottom line – only trust those experts with integrity who are walking their talk. He believes that if we don’t have skin in the game, we’re not forced to evolve. We’re not forced to learn from our mistakes. Skin in the game is evolution.

Metrics can always be gamed. Courage is the only virtue that can’t be faked or gamed. We will see who is willing to be courageous on the world stage, in our companies, and at home.

Taleb often talks about “fat tails” which is the disproportionate role of a minority event in determining the total properties. In other words, the fact the butterfly flapped its wings caused a hurricane a week later. The world ignored the fat tail nature of the Coronavirus outbreak in China. Our government told us not to worry about it. (Then Senator Richard Burr from N.C. sold 1.5 mm of his stock, knowing a collapse was imminent …bastard. There is a place in hell reserved for him.)

Taleb reminds us more people were killed falling from ladders than by the Ebola outbreak. However, someone dying from using a ladder doesn’t create a “fat tail” but an outbreak of Ebola, like Coronavirus, can be disastrous. The point is not to ignore either exposure but to put them in the proper context.

People underestimate tails via underestimation of randomness and overconfidence, which blows up the tails. (I’ll stay away from the politics on this one.)

There are two ways to deal with uncertainty: one, try to better understand the world in a way that allows you to formulate precise forecasts, or two, try to avoid being harmed by what you do not understand. He believes we have accomplished little through the first approach. He believes focusing on the second approach makes us anti-fragile because we deal with exposure to something rather than focus on that something. Bottom line: do a good job of removing fragility through insurance and other contracts.

Taleb considers the topic of uncertainty as the mother of all disciplines. The frailty of human knowledge is that we don’t know what we don’t know. One reason why a healthy dose of skepticism helps you become antifragile. “Skepticism is avoiding to be a sucker.” The streetwise risk manager has a well-tuned BS meter.

There’s my Taleb rant. What will you do to become Anti-fragile?